Truly there is in this world nothing so purifying as knowledge; he who is perfected in Yoga, of himself, in time, finds this within himself.

Truly there is in this world nothing so purifying as knowledge; he who is perfected in Yoga, of himself, in time, finds this within himself.

You are warmly invited to join us for our new series of live interactive online courses. Maharishi.Online was initially started to fulfil the desire for knowledge during Covid lockdowns and has since become one of the pre-eminent sites to enjoy the highest knowledge presented by some of Maharishi’s foremost teachers in the comfort of your own home. Since its founding in the spring of 2020, Maharishi.Online has presented twenty-six online courses, with many others lined up, and hundreds of enthusiastic participants eager for more. Past courses are available as on-demand “Archive Treasures” and are a wonderful opportunity to enjoy a wide range of subjects in the light of Maharishi’s Total Knowledge. Enrich your life by exploring ever-deeper levels of knowledge with Maharishi.Online.

UP NEXT / COMING SOON

A WEEKEND OF MAHARISHI’S MOST
PROFOUND AND INSPIRING KNOWLEDGE 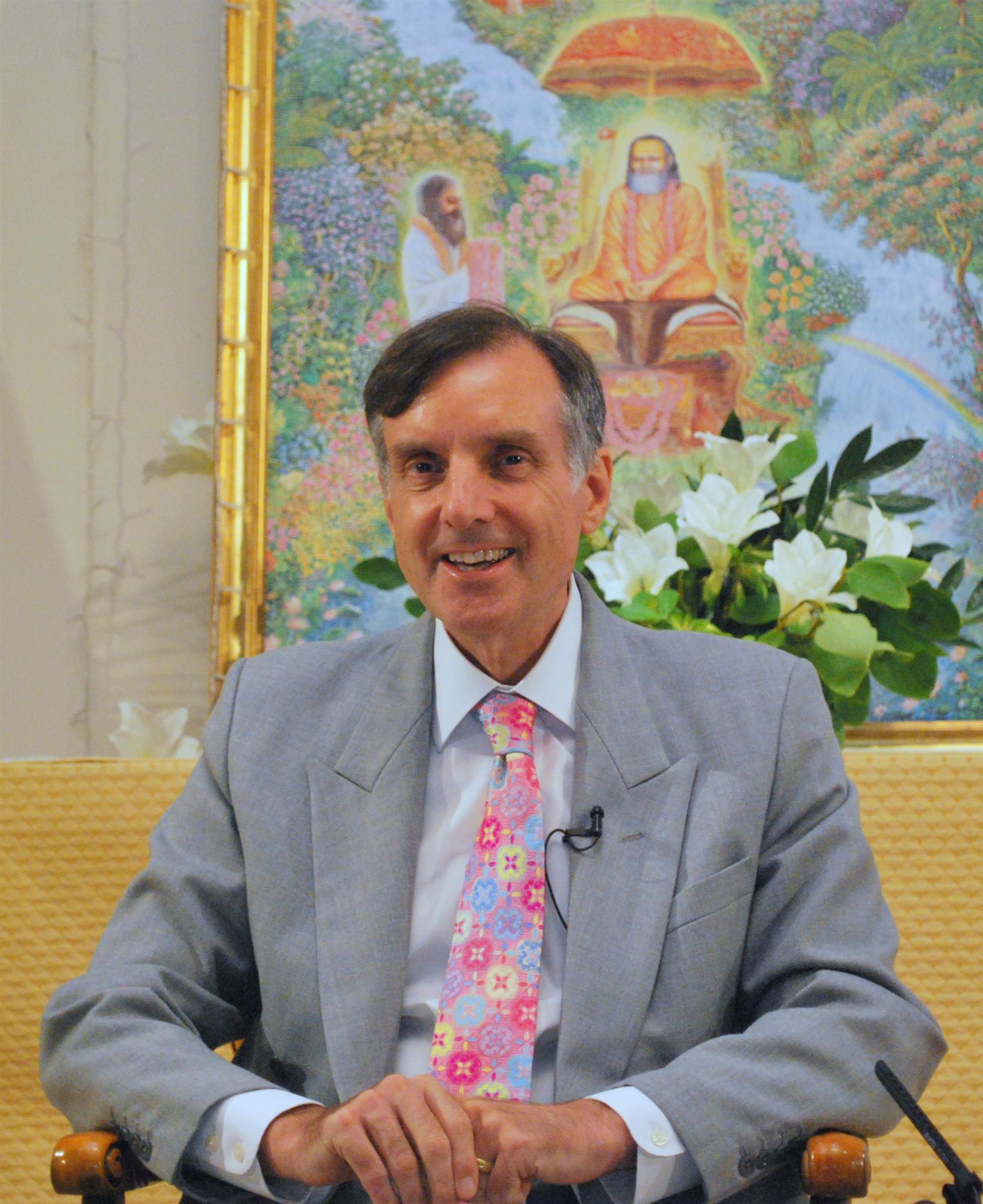 “With the omniscient intelligence of the Almighty in our awareness, no aspect of our awareness and interest can ever be influenced by any shadow of danger or suffering.”

This course is third in our series of special online weekend courses guided by Dr Peter Warburton.

These courses feature newly released discussions with Maharishi from the early 1970s, covering many unique experiences in the growth of higher states of consciousness. The first two weekends in the series were an unparalleled success, with deep experiences and lively discussion.

There are four weekends altogether, but they may be taken in any sequence.

TOPICS TO BE COVERED DURING THE WEEKEND (IN MAHARISHI’S OWN WORDS):

FREE & OPEN TO ALL 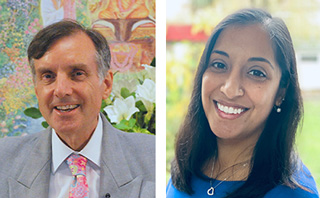 The six sessions of the Maharishi Ayurveda Masterclass

6. Boosting immunity and importance of ojas 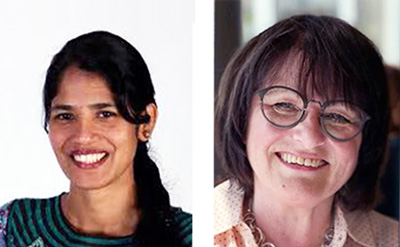 Ayurveda believes that the entire universe is composed of five principle elements: Prithvi (earth), Jala (water), Tejas (fire), Vayu (air), and Akasha (space or ether). These five elements are understood to form the foundation of the three basic humours of the human body.

Different combinations of these five elements are also understood to predominate in the different seasons. For example, Vata predominates in Autumn/Winter, Pitta in early Summer, and Kapha in early Spring.

Each transition from season to season should always be made with ease and comfort but also with careful attention to the changes that are taking place. To protect the individual during these times of transition and susceptibility, Maharishi AyurVeda provides certain dietary and behavioural recommendations depending upon the individual’s own unique body type.

THE EFFECTS OF SEASONAL CYCLES ON VATA PITTA & KAPHA

Starting in September 2022, Maharishi.Online will be offering a new series of evening chats between Dr Peter Warburton and both TM Meditators and TM Sidhas and Teachers, containing inspiring knowledge and news from around the world.

The sessions with TM Meditators, on the one hand, and with TM Sidhas and Teachers, on the other, will be held on separate evenings, each once a month, starting in September and continuing at least until December.

Dates and times will be posted shortly

THESE SESSIONS WILL BE FREE OF CHARGE

A VIEW TO THE FUTURE

Further details of the courses will follow in due course

BHAGAVAD-GITA
in the Light of Maharishi’s Total Knowledge

BRAHMA SUTRA
in the Light of Maharishi’s Total Knowledge

WHAT ARE THE EXPERIENCES IN THE RISE TO HIGHER CONSCIOUSNESS?

UPANISHADS Part 1
in the Light of Maharishi’s Total Knowledge

WHAT EXACTLY IS MAHARISHI’S TOTAL KNOWLEDGE?

VEDIC EXPRESSIONS QUOTED BY MAHARISHI
and Higher States of Consciousness

UPANISHADS Part 2
in the Light of Maharishi’s Total Knowledge

HAVE YOU EVER WONDERED WHERE TRANSCENDENTAL MEDITATION COMES FROM?

SCIENCE OF BEING AND ART OF LIVING

THE MIRACLES OF KNOWLEDGE
Maharishi in the World 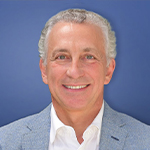 “Dr. Nader offers ideas that can change the world. He gives profound solutions to questions that have long fascinated and intrigued philosophers and scientists alike, covering fields as diverse as the purpose of life, good and evil, what is consciousness, do we have freedom? Is there law and order or chaos in the universe? How to mend differences between the atheist and the believer, determinism and choice? How to make the best out of one’s life, fulfill one’s desires, and create peace and harmony among peoples and nations? He offers these solutions based on one simple underlying paradigm that unifies mind, body, and the environment in one ocean of pure being, pure consciousness.” – David Lynch from his Prologue to Dr Nader's recently published "One Unbounded Ocean of Consciousness". 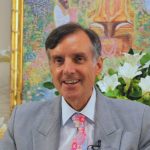 “The presentation by Dr Warburton was brilliant – such clear explanation of what could be a very, very complex subject. I realise Maharishi structured the course but Dr Warburton conveyed the content so very well. The online course seemed every bit as powerful as the earlier live Total Knowledge courses I have done and being able to look at sessions again on 'catch-up' really helped.” — Course Participant 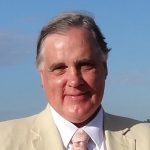 “Dr Bevan’s lifetime of devotion to Maharishi pours out of every story and description he provides. He brings to life the unfathomable depth of Maharishi’s vision in a way that feels fresh and intimate to my own level of understanding, whilst always pointing to deeper levels ahead.” — Course Participant 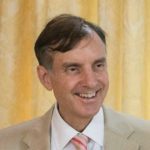 “Dr Warburton ran the course brilliantly, always making everyone feel so comfortable and at home, and, at the same time, presenting the knowledge in a more focussed and clear way than ever… The balance of knowledge and stories etc. was perfect, and it was such a delightful experience for everyone. Dr Warburton made every course participant’s contribution valuable and acceptable, however unusual! The course really fulfilled the whole range of course participants, from new Meditators to old timers.” — Course Participant 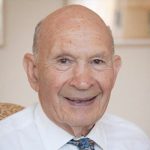 “Life-changing! The knowledge from this course is invaluable. I would leave the lectures a changed person - meaning transformed in my new evolution. The new way of thinking about myself has uplifted me to my absolute status that has been hidden and now revealed - in minutes!” — Course Participant